The story began in Bali for us, Seminyak’s Serene Villas to be precise. That was three years ago now when you were only two years old and Emma, just six months old.

That was Emma’s first trip overseas, our first time at a private villa, and the start of what would be years of adventures with CARS.

The person-in-charge had taught us how to navigate the television channels and he had flipped onto the children’s in-house videos – to CARS 1 – and the TV was left tuned in to that for the next 6D/5N.

None of us really sat down to watch it. Your father and I caught snippets from the endless streaming, you and Emma were only drawn to the action of speeding races.

But that was just the beginning.

Since 2014, we’ve watched CARS1 and 2 on repeat.Every time we watched it, your dad and I caught on to more revelations, insights and clever jokes until we understood the entire story through and through.

In the last three years, we’ve amassed quite a collection of cars, brought the entire collection out to role play different scenes alongside the movies, and we’ve introduced them to all the people in our lives.

We’ve also danced to party scenes in the movies, sang along to our favourite songs, discussed finer points and back stories, poked holes in the CARS-universe… and surprised ourselves as we cried so many tears again even when we know the scenes inside-out, what’s to come and how we’ll react.

So yes, CARS is a huge part of our lives that will likely be another piece of our collective history that you kids won’t remember, just like how you watched CARS 3 with fascination, some confusion and a lot of curiosity, without holding on to just what makes it such, whereas your dad and I blinked back tears, dabbed at our eyes when the stray tears wouldn’t stay in, swallowed the lumps in our throat while really, all the time we just wanted to bawl out loud at how poignant some scenes were, how beautifully they tied up the back stories and how real and #authentic some characters were.

We’ve grown with the characters in CARS. We fell in love with the reckless rookie and laughed at caricatures of the entire gang. We had teared at CARS 1 when they reminisced the past of their town with their aged signs that read “We’re Still Open”, and then we cried more when Lightning gave up his race so “the King should finish his last race”.

We marvelled at how well they fashioned the races in CARS 2 and mourned the loss of “heart” in this sequel.

And in between, when we think we’re on track on the greatest race in our lives, only to be thwarted along the way and completely get derailed even, well, the best might be “yet to be”.

Just as Doc was having the time of his life racing, your dad and I are now too, in the midst of some of the best years of our lives.

But “Racing wasn’t the best part of Doc’s life… you were.”

And just as Doc had his rookie, we have ours in you and Emma. And someday all too soon, we will have to step aside and watch the both of you get going on your own races. Then, your dad and I will know, just as Lightning eventually does, that it’s time we become your crew chiefs and let you race on ahead.

Young rookies, it is such a joy to go through these years with you. You won’t remember; we hope not to forget. Meanwhile, Daddy and I will continue to dwell in make-believe for a while more, be ever-ready for new adventures with you babies, and yes, we’ll be packing along tissues for the milestones that need to come our way. 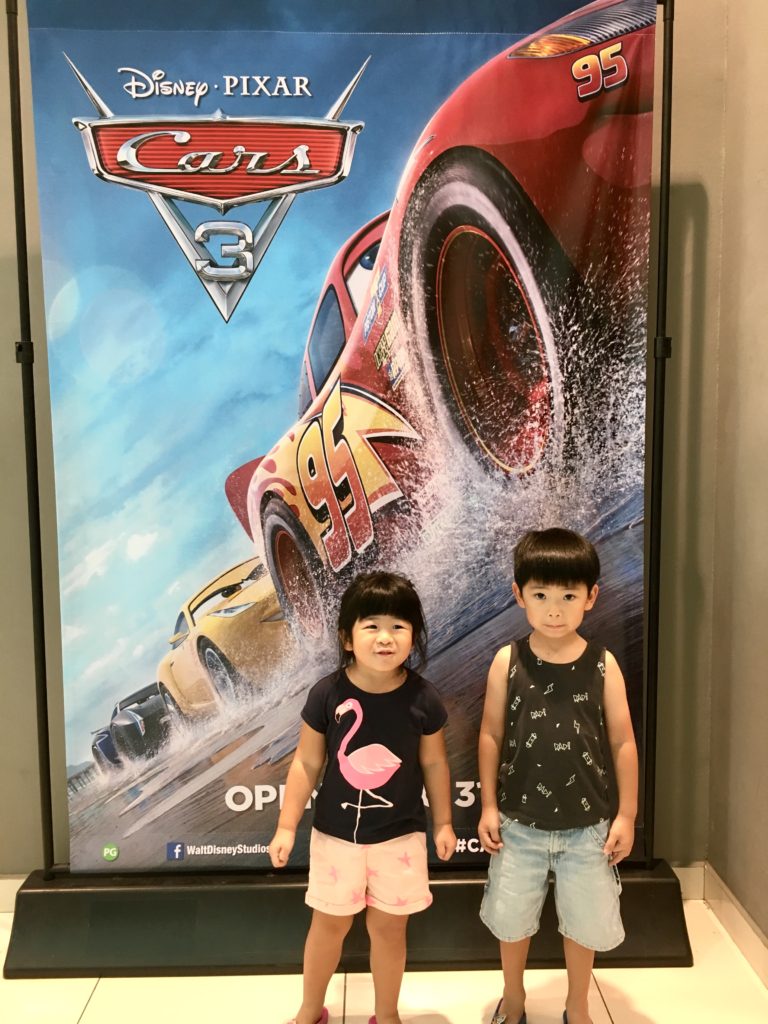