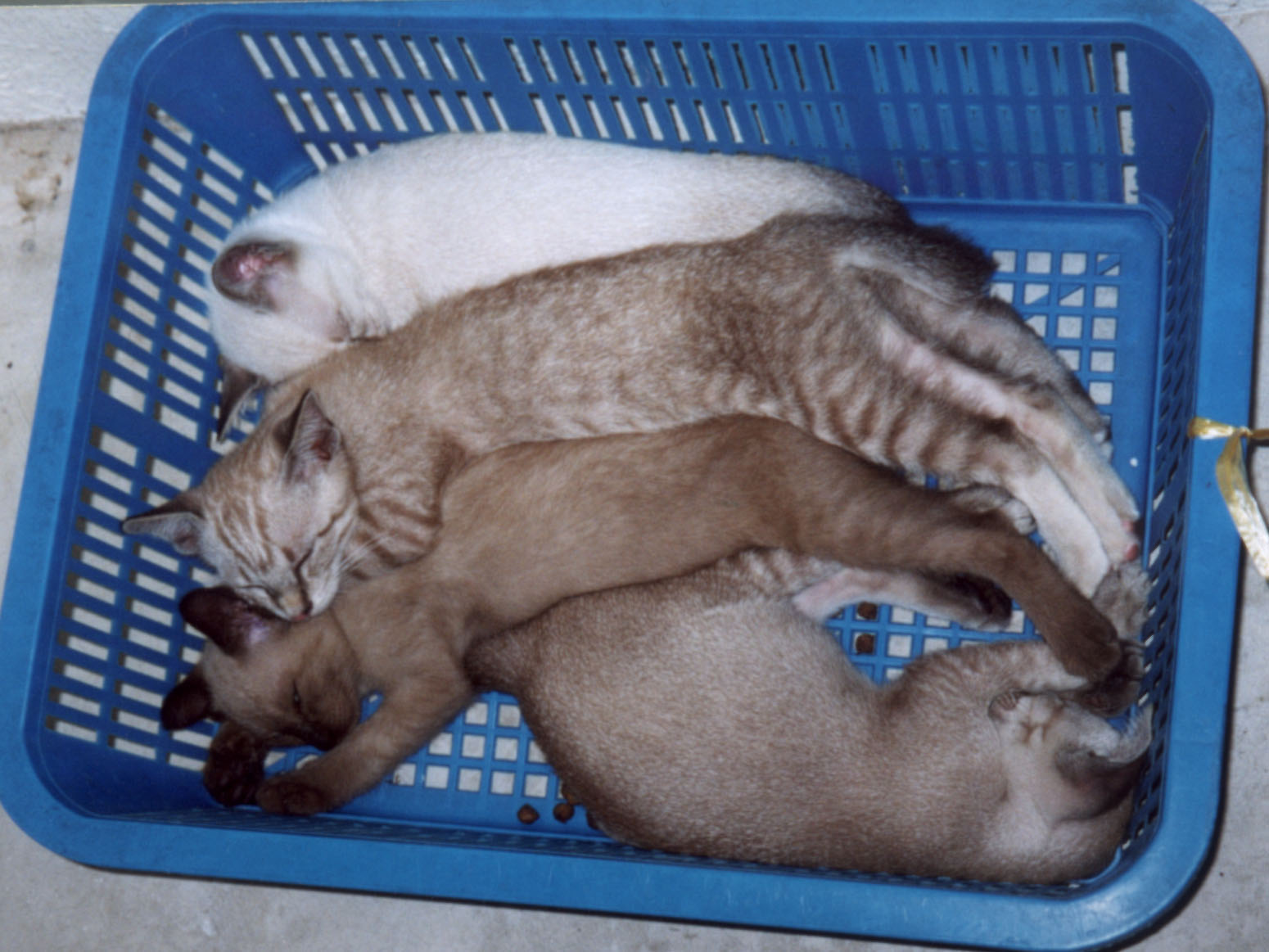 Parable of the Lost Kitties

It always seemed ridiculous to me, to leave 99 sheep behind to search for one that’s lost. And I’m Catholic, and belong to a ministry that reaches out to Catholics who have lost their way and have left the Church.

But last night, I got it. I finally did.

The story, or parable, of the Lost Sheep comes from the New Testament of the Bible, specifically Matthew 18:12-14 and Luke 15:3-7. It talks about how it’s a given that any shepherd would leave his flock of 99 behind in search of any one sheep that he’s lost, relating it to how God never stops reaching out to those of His flock who have strayed.

The question on probably everyone’s minds: What happens if you return with that one lost sheep to find that another one, or seven, or 98, have disappeared from the flock?!

And then last night, everything became illuminated when I thought in terms of… yes, cats.

Back in 2004, there was a litter of brand new kittens that the resident cat at our condo, whom my family fed and named “Miao Miao” had just given birth to. Our security guards – most of whom were cat-friendly – usually took care of her and her litter too, till one day, a new guard called the Agri-Food and Veterinary Authority of Singapore (AVA) to remove those cats. AVA promptly came by the next day and tried to round up those kittens. They caught the white one and Miao Miao. I remember leaving for work and walking past the mother and kitten sitting forlornly in a cage.

I couldn’t work. Finally, I made some calls and complained to AVA, telling them that those are my cats and don’t they dare put them to sleep. During lunchtime, Dad and I went down to collect them from AVA, paying $50 for each of their release, of course.

That night, we managed to round up all four kittens but couldn’t get hold of Miao Miao. I brought them to the nearby block where there were a lot of cats residing and released them there. Instantly, they found a home with about 12 other cats and kittens.

For months after, I would feed them every night, making it a point to reroute my way home just so I could spend some time with them, rain or shine, sober or drunk. There were many nights I literally sat by the block, crazy-high from a night out drinking, and just feeling so happy to be with my flock. I named all those cats, including my four additional kittens. I knew them and they knew me.

There were times when one or two would disappear. And I would seek them everywhere around the neighbourhood, going to great lengths to find them in the market, neighbouring blocks, etc. Eventually, most would show up, or someone might say that somebody else adopted one. That sort of thing. The return of any one brought great comfort and relief to this mother’s heart.

So, coming back to the lost sheep.

If I would leave the litter of say, 10, to search out one kitten, obviously, the shepherd would too, and obviously God definitely would!

And if we return to find that another has gone, then we should place that first lost sheep, or kitten, back into the flock, and head out again, to find the next lost sheep. And so on and so forth!

There is no “The End” to this story. It’s not that we find one lost sheep, return and hope that now all 100 are there.

The point is to simply treat each one as an individual and head out as many times as one needs to, for that one.

Finally, the assumption made in this parable then is this: while the shepherd is gone, the 99 are supposed to be watching out for one another. Being each other’s keeper. Not just wandering around, straying and then getting lost, or fighting amongst one another or getting eaten.

Exactly how a community (like Landings) should function while ministering to the lost at the same time.

I guess it was just easier for me to relate to cats than sheep. After all, sheep all look the same, so I didn’t think of them as individuals. 😛

But when we relate ourselves to sheep, then aren’t we all originally-minted and individuals?

Who are the kittens in your life? Relating them to the parable might make it easier to understand the Parable of the Lost Sheep, if like me, you had problems with it before!

PS: After reflecting on this revelation, I believe Brother Jude actually shared this before. But it took this long for the message to crystallise within me.

[All those cats disappeared over the course of that year. The government started culling stray cats, and I put collars on all of them, hoping they wouldn’t be caught. As for the four above, Twinkle disappeared, Chocolate died one day and I buried him in the nearby plants, Twinkie soon after… Princess survived and got relocated or adopted I think, cos I think I saw her over the years. The last one was a young male kitten, Orange, who was severely injured in a fight and whom I hospitalised for a few days till the vet recommended that I put him down. He was suffering real badly and would crawl into my lap whenever I visited. I held him as he was put to sleep, and was totally broken after. My friend who accompanied me said to me to stop doing this. :P]