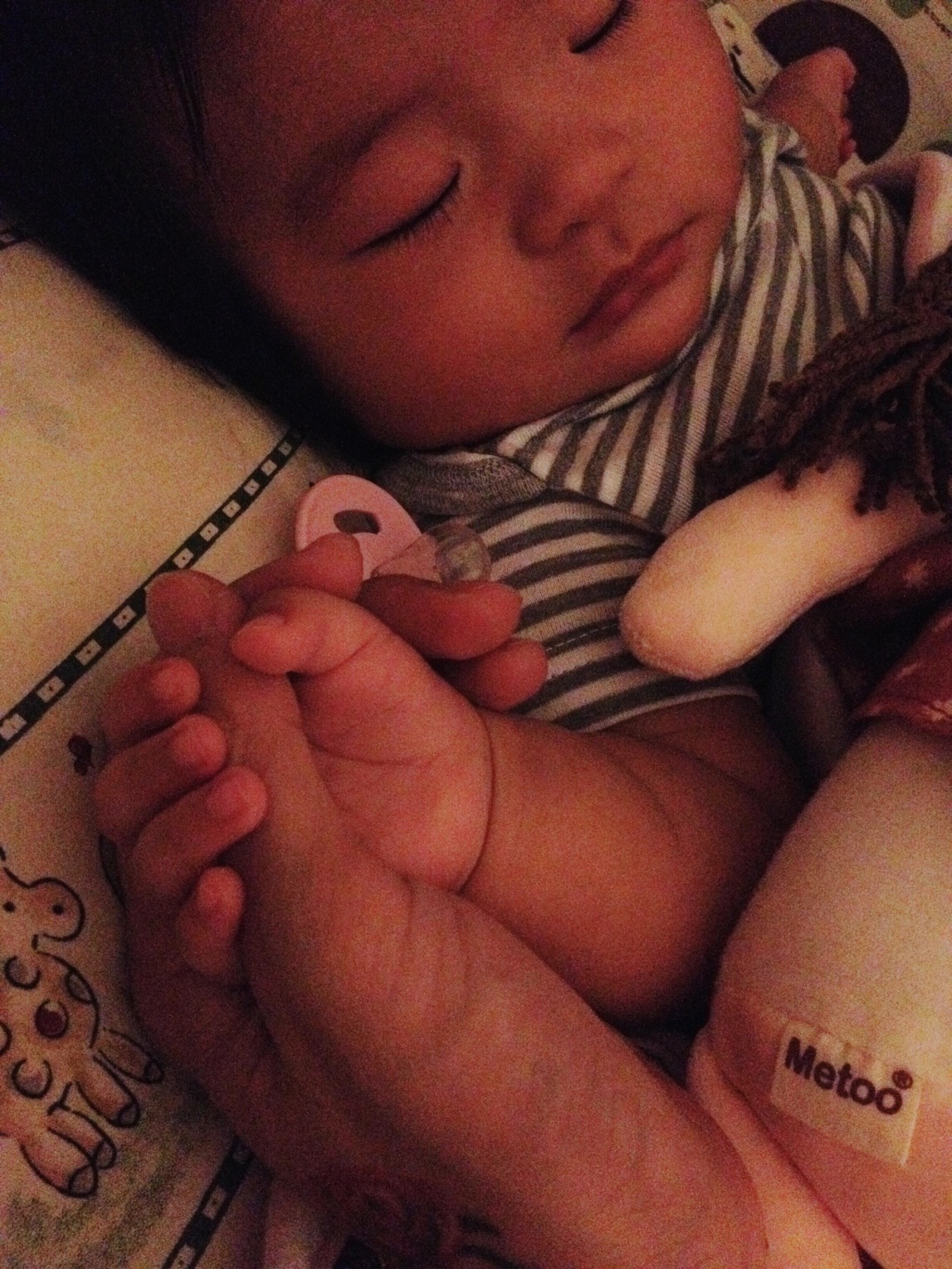 What F.R.I.E.N.D.S. Taught Me About Being A Mother

Friends who have known me well enough – or long enough – know how much I love the sitcom F.R.I.E.N.D.S. for having been the solace, entertainment and somewhat a life guide as I stepped from adolescence into young adulthood.

My friends and I grew up together with this sitcom: we fell in love when those f.r.i.e.n.d.s. did, moved from one relationship to another like they did, and some of us moved back into an ex-relationship in the same on-off ways too. We found ourselves, our vocations in life, our being… at about the same time that those characters did.

So it comes as no surprise that some of my oldest and closest friends suspected that I named you, Emma, after the daughter of two of those characters, the infamous Ross and Rachel.

I can’t say for sure how much that sitcome influenced my disposition towards your name, but I doubt that you are named Emma because of that.

For one, I wanted to name you Annette or Juliette. Don’t ask me why, sweetie, but as I researched names, I just felt connected to those. Your father of course, vetoed many of my proposed names…

Having said all that, there is one particular chapter in F.R.I.E.N.D.S. which has shaped the way I think about, and expect, babies’ responses. And this is me revealing my inner F.R.I.E.N.D.S. buff, by sharing this chapter I know so well:

Ross was going to be a father. One day, he realises he is most definitely not ready to be one. Consulting his own father on that trepidation, his dad shared that the moment he realised he was ready for fatherhood was the day Ross was born and had wrapped his little infant hand tightly around his father’s finger.

In that same episode, Ross’ monkey, Marcel, had some health issue and had to be sedated for surgery. I think it swallowed some thing or other. Ross being so desperately into his pet monkey, obviously stayed by its side at the hospital and waited for it to wake up. And when it did, it took one look at him, and immediately got up to grasp Ross’ finger with its tiny hand.

It was clear in that one moment, that what Ross’ father said to him had hit home, and he knew he would be ready to be a father himself.

When your brother was born, he didn’t grasp my finger the way many babies do. I seem to remember that he just didn’t do that at all, but I can also clearly remember one time in the hospital, after I had mentioned to your father that Matthew didn’t hold onto me – and possibly wondered if that meant I wasn’t ready to be a mother (after all, Ross was ready only because that silly monkey held his finger!) – the boy did that to your father, and Daddy in return, promptly switched his finger out of Matt’s grasp and led him to wrap his infant hand around my finger. But I felt that connection for the briefest of seconds only because quickly, as he always did, he let go of my finger.

The bond that cemented my relationship with Matthew was forged in the coming days and weeks such that the lack of that finger grasp didn’t bother me, but I still remember that with amusement, especially since that episode of F.R.I.E.N.D.S. was etched so clearly in my mind.

And then you came along.

You, whom I had worried would be left out because of how occupied I was with Matthew.

You, whom I feared I wouldn’t love as much because I thought, before you were born, that all the love I had to give was already given to Matthew. (Surprise, surprise, love grows and expands the more you give away!)

And then, you who so quickly changed my doubts to conviction that there will always be space enough in my heart for your presence.

In so many ways, you gave me what Matthew didn’t (like, get crazy-possessive when I’m near other babies), and returned to me the things that Matthew’s birth had robbed me of (like peace of mind, security and sanity), and restored me to a more wholesome self.

One night, not too long after we brought you home, you did this. 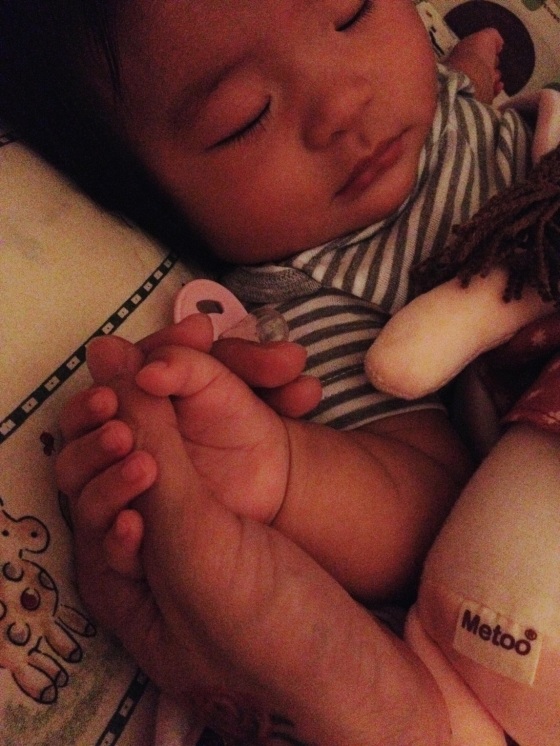 F.R.I.E.N.D.S. was right all along. It takes that one simple gesture to make one feel all parent-y.

So if you’re not tired of hearing me say this yet, just allow me to say it again, little boo-boo girl, you complete me. I’m so glad you are here.

All the Ways I Love You As You Turn Three