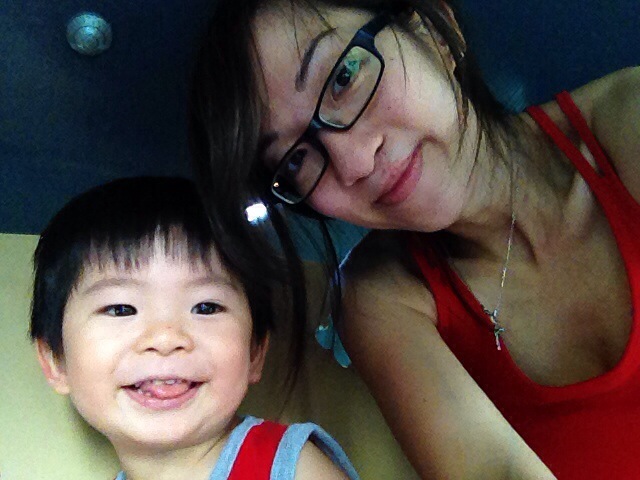 A Choice of Mummies?

4am today: Matt wakes up sobbing brokenly, with big, fat tears rolling down his cheeks as he heaves and cries.

He was trying to wriggle free of our grasp until he realised who we were, and then he clung on to me, trying to explain that he wanted (or didn’t want) “other mummy”. (Augz in background, mumbling, “Who’s the other mummy???”)

I know confidently that the mummy he wanted was me. If he had said he didn’t want the other mummy, he must have not wanted to exchange me for another. And if he had wanted the other mummy, then in his dream, I must have been the “other mummy”. I know this because at his age, he still adores me. I’m just about everything to him. Even when I’m in the toilet or showering, and still have to reply an assurance that I’m there… like where would I vanish to?

Still, I admit, there was a little part of me that wonders if I had scarred him in some way that he wanted an “other mummy”.

6.45am: I’m dressing him for school, and ask him about his dream. He seemed to remember it…

How do I not love this boy?

So I do the only thing left to do. I poke him back in his chest, and say, “I want THIS Matthew.”

Haven’t always have, I admit… but always will, I promise.