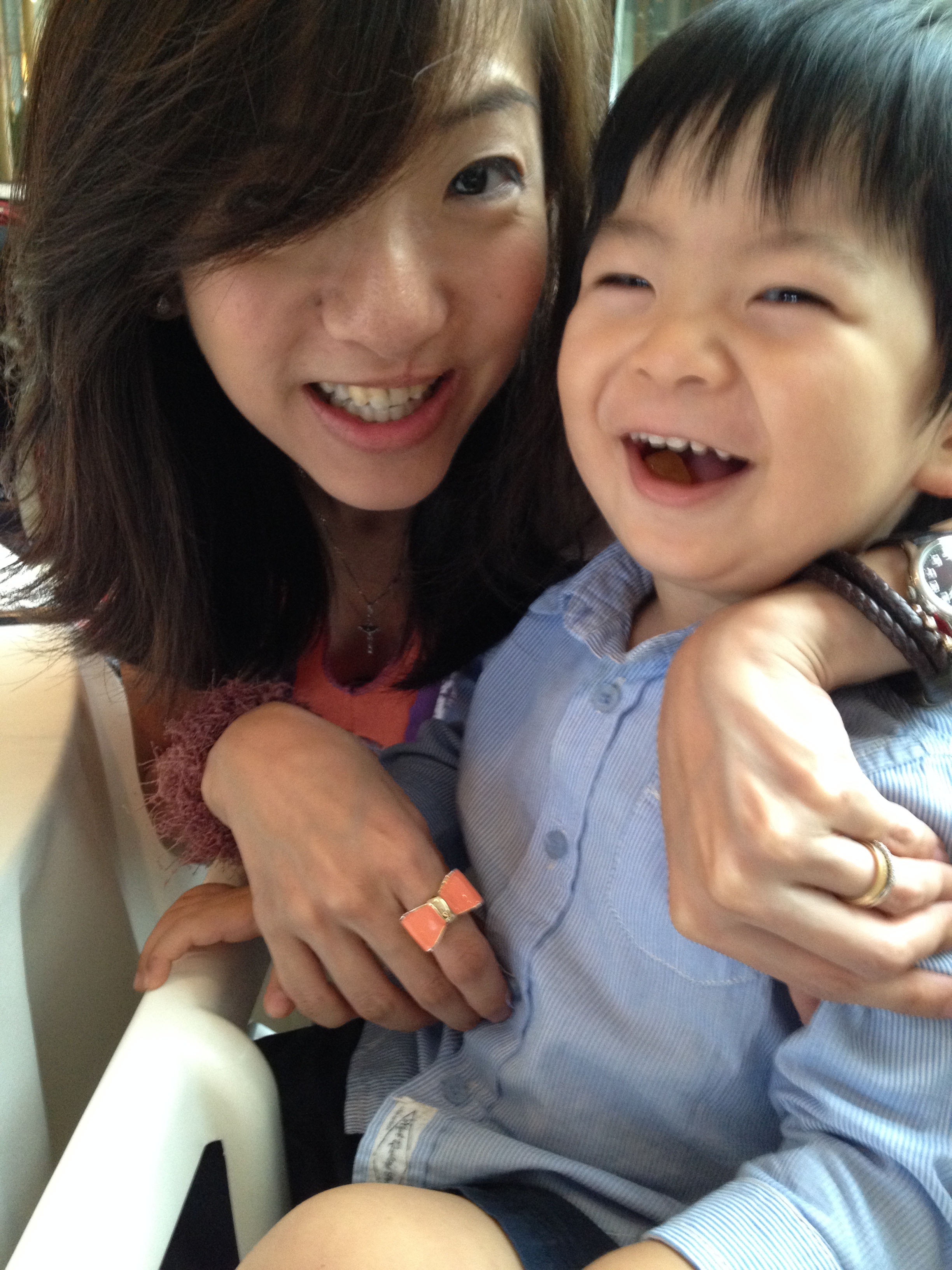 This is my son. He is 26 months old. He has recently grown into what I call, a “full-blown running and talking toddler” because now he rattles on and surprises me everyday with quips of his own (he is cheeky by nature), a proper understanding of real words (like when he says “I want both” when asked to choose between two toys, or when he instructs our cat, “Maya, go cut nails!”) and lastly, keen observations of what happens around him.

Two incidences happened this past week that made me sit up and realise I need to pay real attention to this boy from now on.

So we were in bed, going through our nightly routine of talking about his day. I like to run through the day’s events with him, partly to place memories in rightful places, and partly to help him concretise what happens day-to-day. There we were, talking about school, and I was asking about his friends – his best friends right now includes one Colin, Emma and Zhuo ‘En.

Suddenly, he grows quiet and… get this, pensive.

He says these really quietly and carefully.

That got my attention. Now, CM and HT are the two notorious boys in his class. Personally, I like HT cos he’s the rough and tough sort of boy who can be sooo sweet as well. In the mornings, HT would run to any crying classmate and ask, “What happened? Why are you crying?”. Once, he patted a crying girl on her head… and then in the same breath, got distracted and decided to pull her hair. It’s funny, but he’s that sort of boy, from what I’ve observed.

Matthew is really more delicate. Perhaps because he’s the youngest in class, being born in tail end December. So he prefers not to play with those who run at him, shove him around or step all around him.

But I ask anyway, “What happened?” I didn’t want to use the word “bully” cos that connoted something too malicious for pre-nursery kids, but I run through the series of “Did they push you? Did you push them? Did you all fight?”, all of which Matt answers “no”. Still, he ends it with the same statements that he doesn’t want to play with them.

So I tell him, “Then don’t play with them. Play with the rest of your friends.”

But I wonder how much I would have missed if he had not shared what he did. And now I feel like I need to be more alert to what he could possibly be saying and more difficultly, to ask the right questions to get at what he isn’t saying…

The next episode, this second occurrence, is one that’s more heartbreaking for me.

I had picked Matthew up from school, and was doing my usual sequence of “How was your day in school? Did you have a good time? Who did you play with? Who’s your favourite teacher today?” when I noticed he was really quiet. And again, pensive. I then asked, “You don’t feel like talking to mummy?” cos I suppose I need to learn to respect that they may not want to talk (at two?!).

I bolted up: “No… Mummy’s not angry… Why did you say Mummy’s angry?”

Augz and I had a tiff over the weekend. I didn’t think Matthew noticed cos I thought we were stealthy enough. Clearly, no, not enough.

So I reassured him that “Mummy’s not angry with Daddy”… but that little admission of what he knew broke my heart.

This second episode is a wake-up call for me. If a two-year-old can tell when something’s not right with his parents, then we as parents, are clearly not getting on well enough to ensure that their world remains trouble-free. Augz and I need to do better, and I need to not be angry. I may think that we can fool a child, but perhaps, I’m really just fooling myself.

My poor little boy. How I wish I can protect his world and keep it free from all that’s broken in the big, bad world!

But I thank you, Matthew, for talking to me. I shall try to keep these early conversations in my heart, precious as they are, spoken with so much innocence and filled with so much honesty and truth. And know that at this point, Mummy’s really looking forward to the many conversations I hope we will have in the years ahead…